1000pts battle. I’ve just finished small Khorne Deamon Army. It goes on eBay. But before I sell it I will play some battles to try it out.

NOTE: I’ve used Bio-Gigant Model from Warzone. Sadly I don’t have Soulgrinder yet but I wanted to try it out in Fantasy Battles. It works really well. It’s defenately woth it’s points. 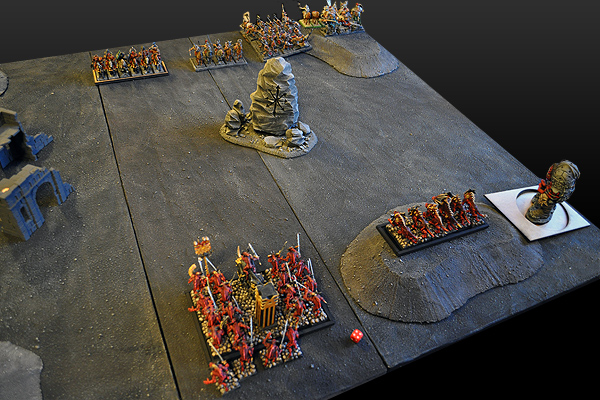 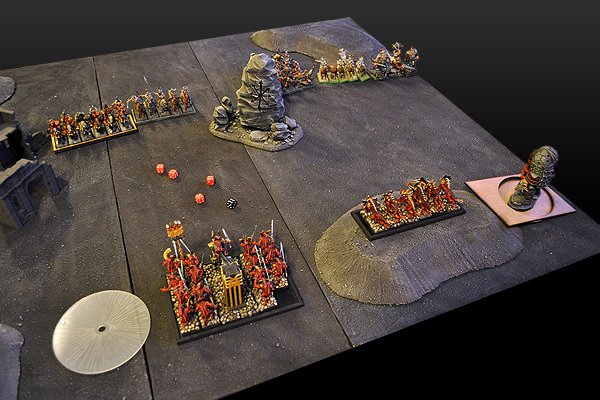 Chaos Warriors started. All units moved ahead. Sorcerer cast both spells. I’ve dispelled fireball. Flame Storm (the more powerful version) was cast with IF. It hit center of my Bloodletter unit killing 5 of them. Result of miscast was 1 wound on Sorcerer. 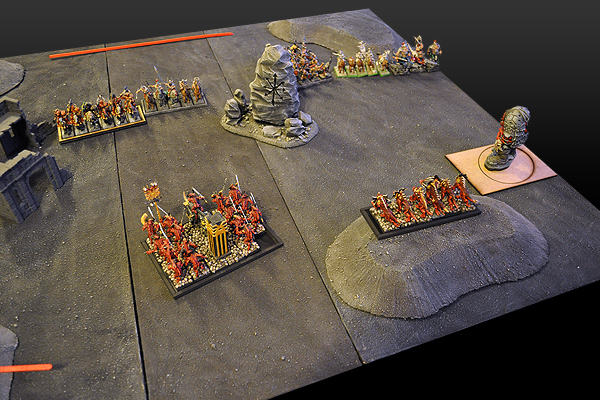 I tried to charge with my Khorne units. But I’ve failed both. It was only 17″ between units. Icon of Endless War on Bloodletters appeared to be useless. I’ve rolled all ones for Hounds charge and they failed too.
Soulgrinder shot his cannon scoring one wound on Dragon Ogres. 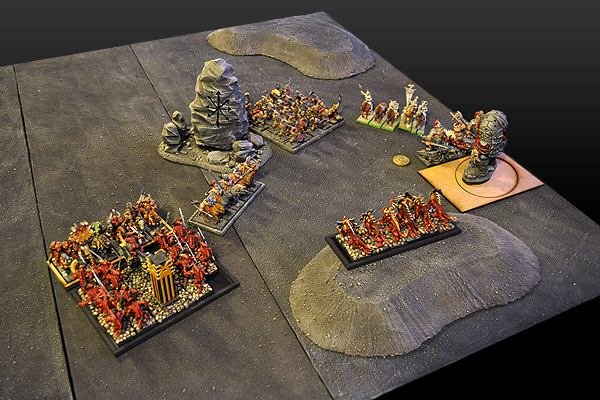 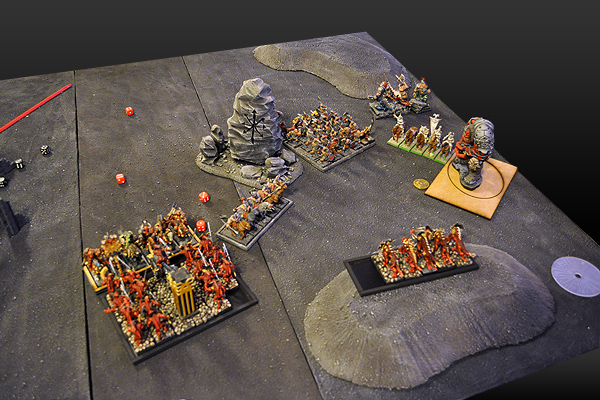 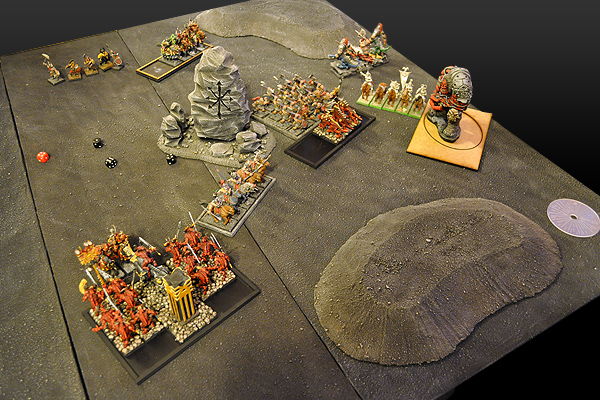 Flesh Hounds charged Marauders and killed 5 of them. Marauders killed one dog back. I think combat result killed one more dog. Soulgrinder killed 4 Horsemen, the last one run away. The monster tried to overrun and hit Marauders but he failed on distance.Bloodletters killed rest of Chaos Knights and reformed.

Dragon Ogres and lone Horsemen rallied. Marauders killed another dog. They cored one wound and I’ve failed break-test by one. 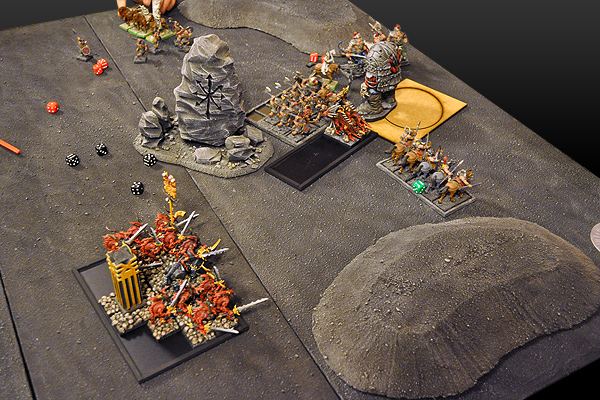 Soulgrinder charged Marauders. Along with dogs he made so many attacks that marauders run away (they didn’t core any wound on Flesh Hound nor on Soulgrinder). Pursue brought Soulgrinder into base contact with Dragon Ogres. 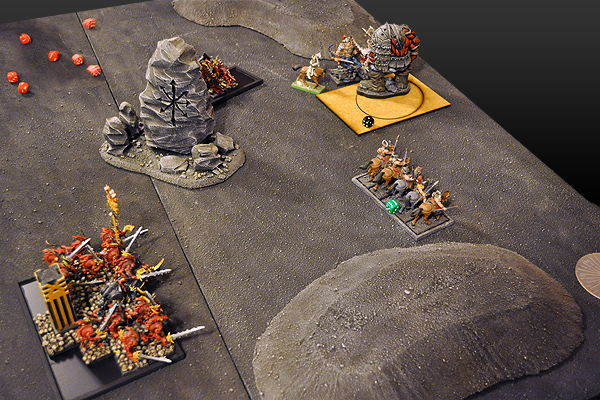 We gave up on the rest of units and focused on Dragon Oges vs Soulgrinder combat. In 3 rounds two Dragonogres were dead and Soulgrinder get only one wound. Dragon Ogre run away after 3rd round.

We don’t have much experience playing both armies. I would be grateful for any advice on those armies especially on Chaos Warriors. Daemon army looks quite good.