This was my second Warlord battle. I’ve decided to make minor changes in my necropolis army. So here’s squad I was playing this time.

Battle was quite fast. Dwarfs were prepared to fight Elves (I still hadn’t assemble my Darkreach army). 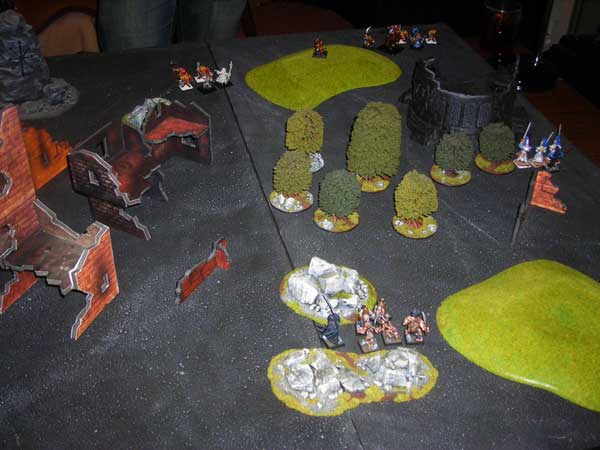 Dwarfs are still in their deployment zone. I had to move first with all my units. Also, my enemy had 4 cards and I had only 2, that was pain. 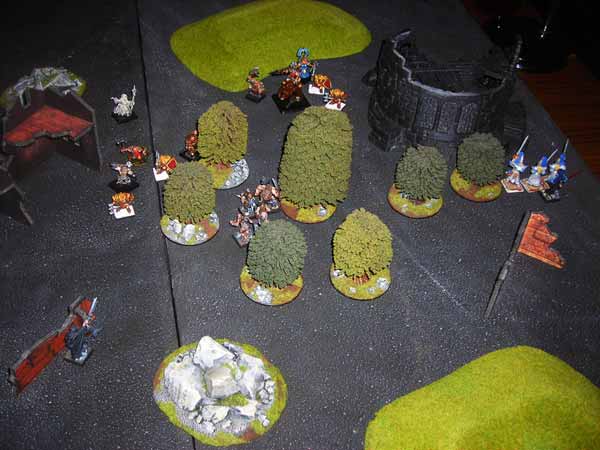 I’ve moved ghouls nad ghasts into wood, so they would be safe for a while. Malek tried to cast a spell but he didn’t succeed. Enemy moved closer with all units. 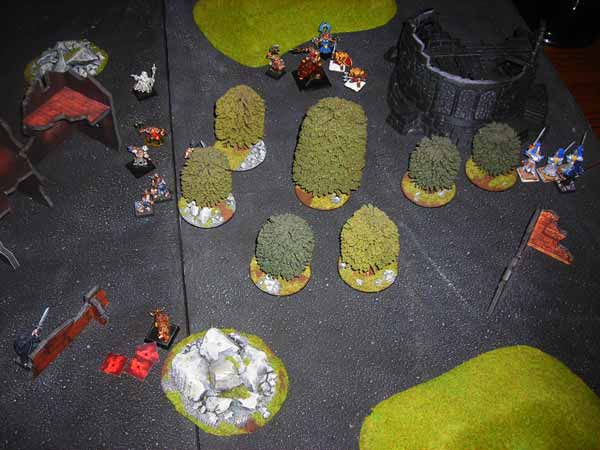 Snorri moved closer to Malek. Then I’ve decided to charge with ghouls on Snorri and with ghasts on rest of dwarves. Ghouls have killed Snorri. Last wound was made by poison (but the dwarf has killed my ghouls too). Ghasts have killed Halberdier and Ghast leader has killed Mancatcher. 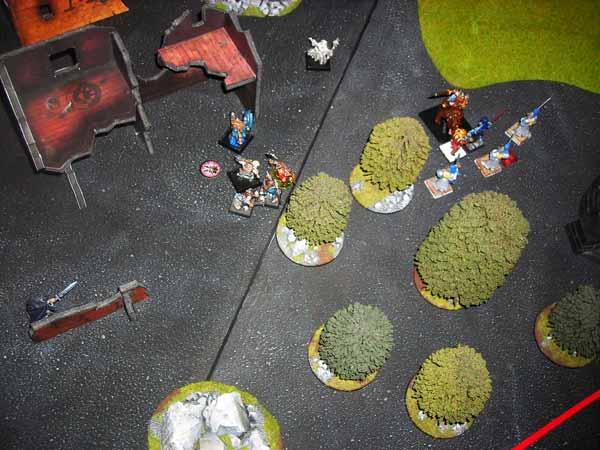 Gilam cast a successful spell that made my Ghast leader burning and stunned. He died. Swiftaxe and Hagard have attacked ghasts and made one wound on each. In return ghasts made 2 wound on Hagard, but then he was healed by Ivar. Bear Rider and other Mancatcher and Halberdier have attacked my Vampiress. They made only one wound on her, but she has killed Mancatcher. 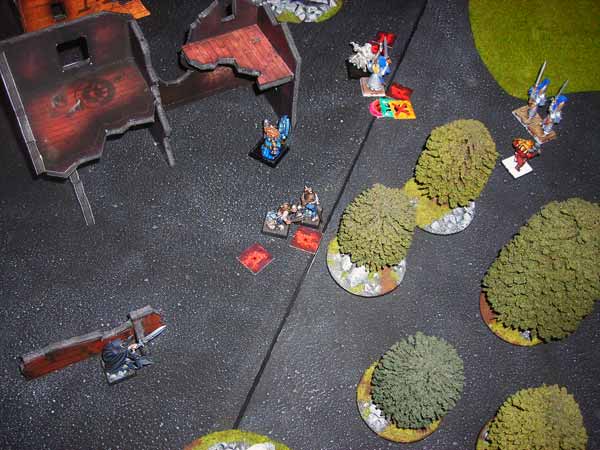 Gilam cast again the same spell on Crimson Knight, making him burning and stunned and with one wound from defensive strikes the vampire was dying. Ursula and Elsabeth have killed each other! Ghasts finaly killed swiftaxe and Hagard. 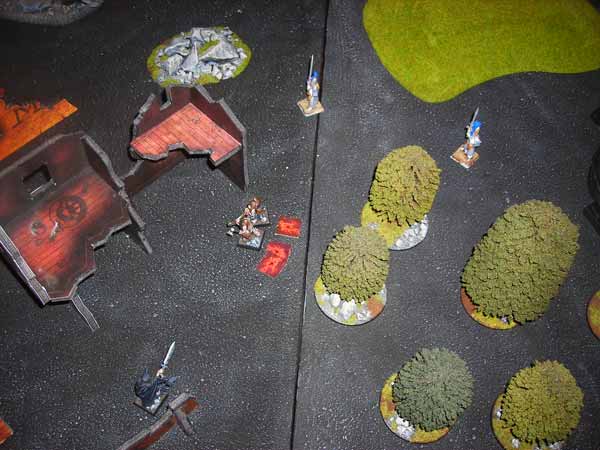 One Crimson knight has charged Halberdier, the other one has charged Gilam and both killed their targets. Ghasts ate Ivar.

Fist Battle without Warlords (those units are just too powerful, especially when you play 500pts). Malek is not good enough against Dwarfs. Never so far did he cast a spell properly. I have to either change sorcerer or change tactic. He can be good with healing my own units. Crimson Knights are really tough killers! This unit is like elite in other factions. I’m gonna make dark elf army for next Warlord battle, hope I’m going to finish it before next battle.