We played Breakthrough scenario again. I was attacking, again. 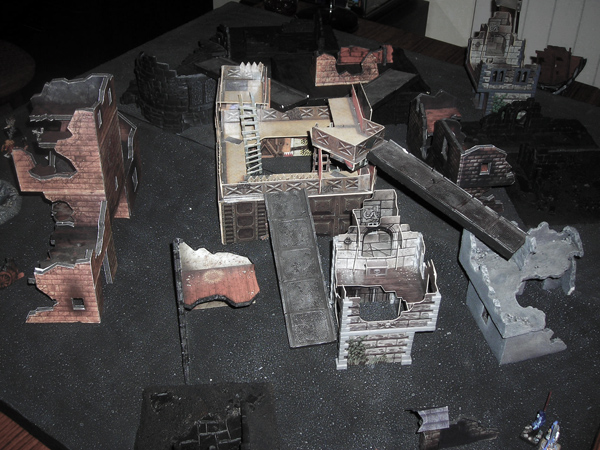 This is Terrain we used in this battle. So this was a breakthrough scenario, and objective was clear, I had to pass on the other side of town. I’ve divided my band into 2 teams of my undead. One with Monique, Andrew, Ian and 4 ghouls and second with rest of warband. Not the best tactic. Both units came into close combat. I’ve lost 4 men. 3 Ghuols and Andrew. And I have not pass a bottle test. I’ve put down 2 flagellants and one dog. In post-battle sequence it turned out that one flagellant was killed.

After the battle I’ve already bought a new ghoul and one ghoul has finely advanced into hero! I definitely have to buy unholy relic for my Vampiress.