This was my first Reaper Warlord battle ever. I’m sure we did a lot of mistakes. We only had 1st version of Warlord Rulebook, but we played 2nd edition. We made up those rules that wasn’t described in 1st edition rulebook, but fortunately those rules hasn’t much to do in this battle.

I was playing Necropolis force as I’m painting this army of Mordheim so I had some models painted, and those were accurate for proxing. My friend had his Reaper Dwarf army so no proxing here. We chose to start with 500pts and 1 Warlord Choice. So here’s what we have chosen. 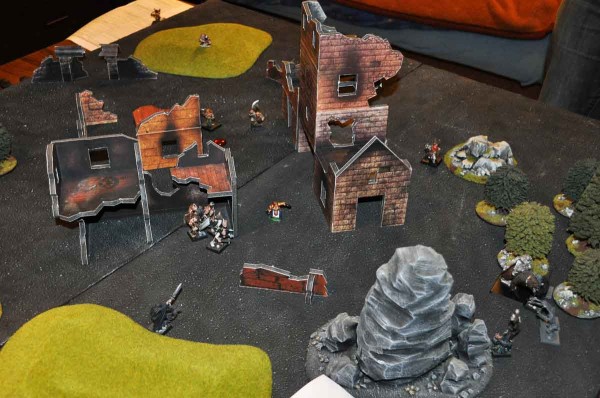 We moved our units straight ahead. In firs turn the bear cavalry charged Judas. Dwarf missed with all his attacks, Vampire hit twice the poor bear. Annasha moved throward to seek enemy, but my ghoul unit moved slow in shade. 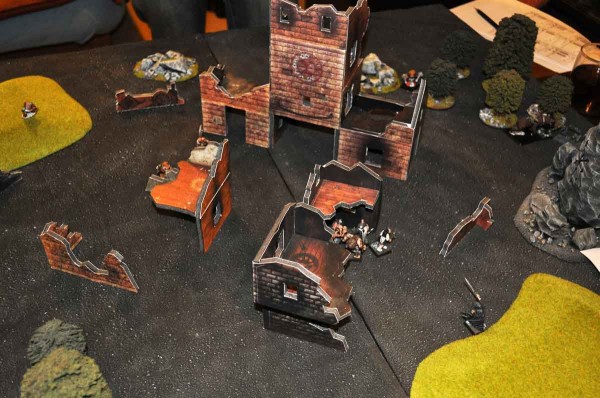 This is just another view of situation above. Malek tried to hit Annasha with Ice Shard spell but casting wasn’t succesfull. 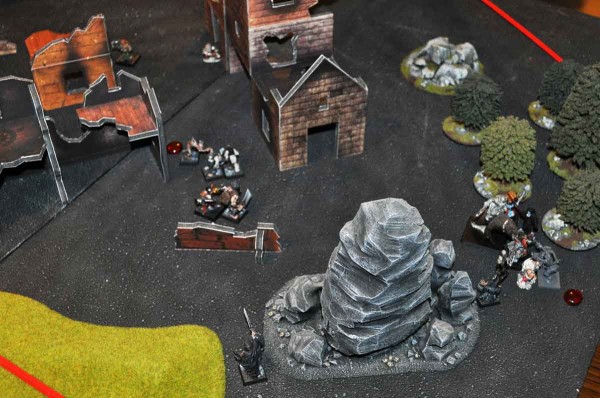 In another turn I charged Annasha with my ghasts and ghouls killing her, but she killed one ghoul and wound one more in fight back. My ghast sergeant charged pathfinder killing him. Than the burrowed Miner attacked my ghast sergeant and piercer and foehunter killed some of my ghouls. King, Warrior and Forgemaiden joined the fight agains zombies and vampire. It was a nice fight, but in the end I’ve killed bear rider and king (healing my vampire to full), but I’ve lost scarecrow and a zombie. 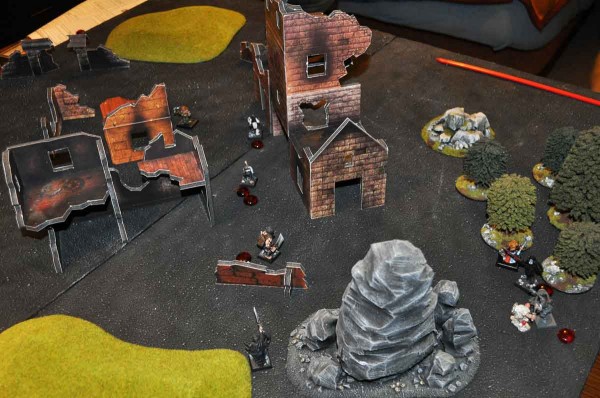 The battle was on. Ghast charged piercer and killed him. Ghast sergeant killed miner (but lost one wound) 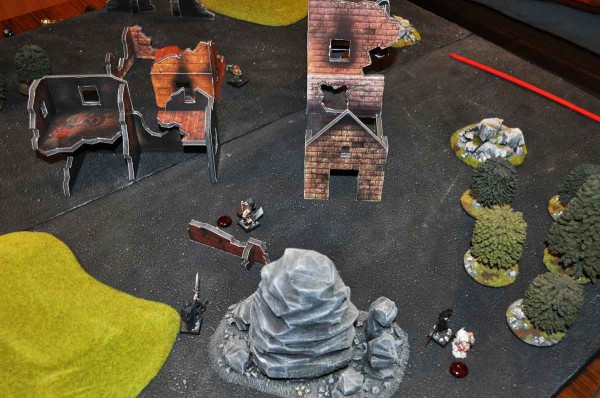 Kara Foehunter has killed my ghasts (thanks to pierce SA). Vampiress has killed forgemaiden, but the maiden was able to kill at her last breath. 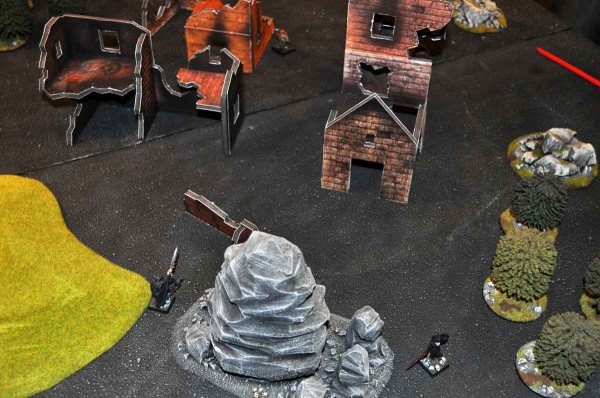 Kara killed my sergeant, than she killed Malek. Her piercing shots are really deadly. 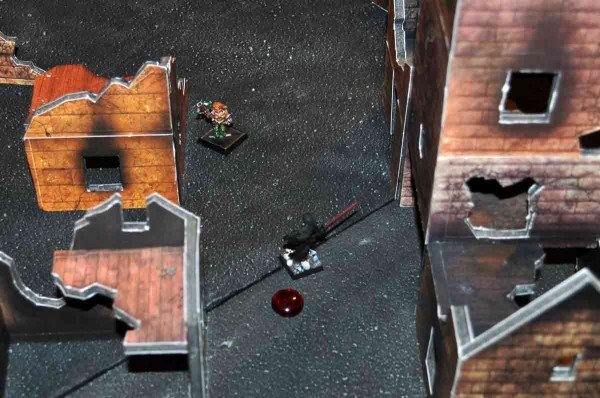 The Vampires go straight on dwarf. But in last turn the dwarf has initiative so Kara has wounded Vampiress Warlord. Than Vampiress has killed poor dwarf with great vengeance and fury!

I like Warlord very much. The first thing I would change in next battles is to rid of warlords as they are to powerful. Second thing is to get some experience-advance rules so it would be like Mordheim. I know some folks made Mordheim rules work with Warlord. I’ll check if they work good. But I’ll make something different more suitable with Warlord universe. In Warlord game you can have more variety on warbands than in Mordheim (I’m getting bored with all undead warbands lead by vampire with necromancer and 3 dregs, Its pity you cannot have different heroes). But in Warlord you can make them more interesting. Great variety of models in army. There is no must-have-minimum-one etc.

I still need to learn Warlord rules. I’m going to get some Darkreach army. Just because of incredibly well done sculpts of those Elves.