So here is my last battle of Mordheim. We played Breakthrough scenario. I was an attacker an my enemy was defender. So I had to set up my undeads first, than my enemy set up his witch hunters. His boys have much more expirience than mine, but I had more guyz in my army so this was quite same ratting. 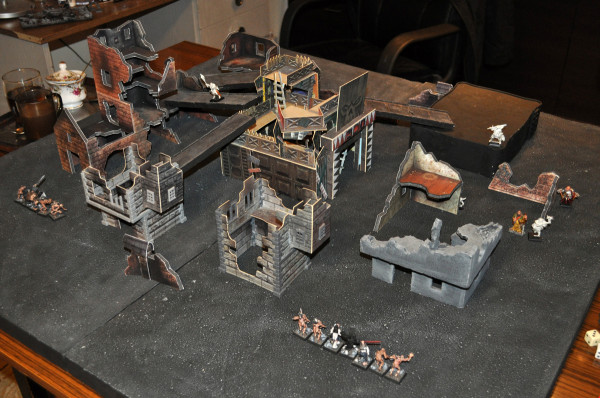 I decided to divide my army into two teams. I knew I had the first turn so I wasn’t covering my minis yet. 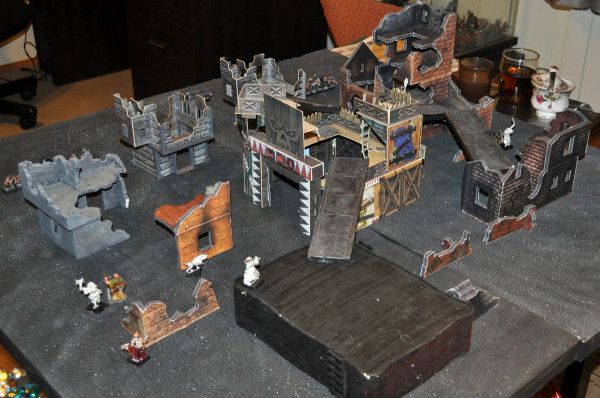 The witch hunter player decided to divide his army too. But his main force was on the side with vampire. 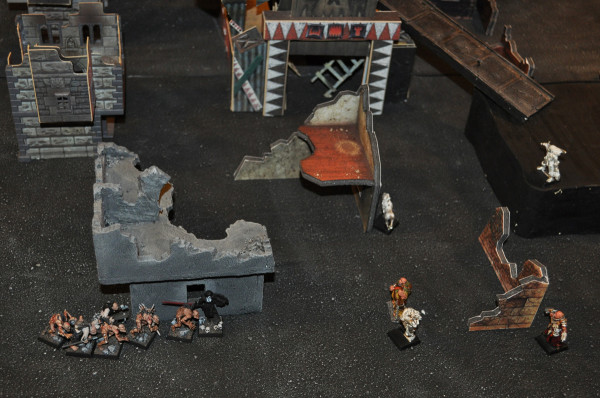 Vampiress was leading her ghoul troop into combat carefully, coz she knows that bolts from witch hunters crossbows can be deadly even to her. 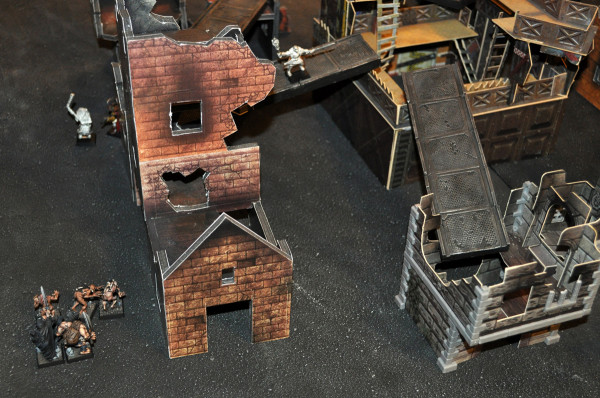 On second flak Necromancer rush his team with courage. Nothing can stop him and his troops, as he is the one who controls the dead. 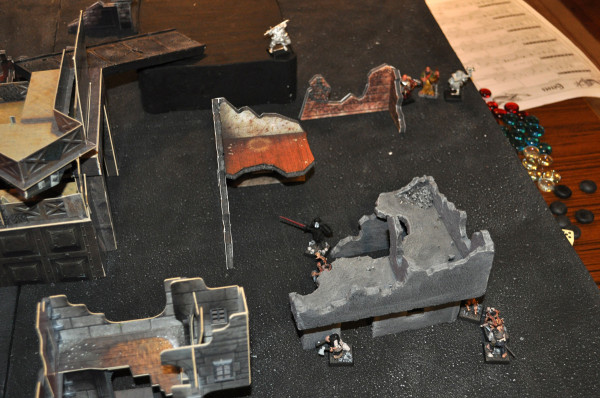 This was the first blood. One ghoul and vampiress attacked witch hunters dog. And killed him. Witch hunters than moved back and tried to kill vampire witch crossbow, but missed all shots. 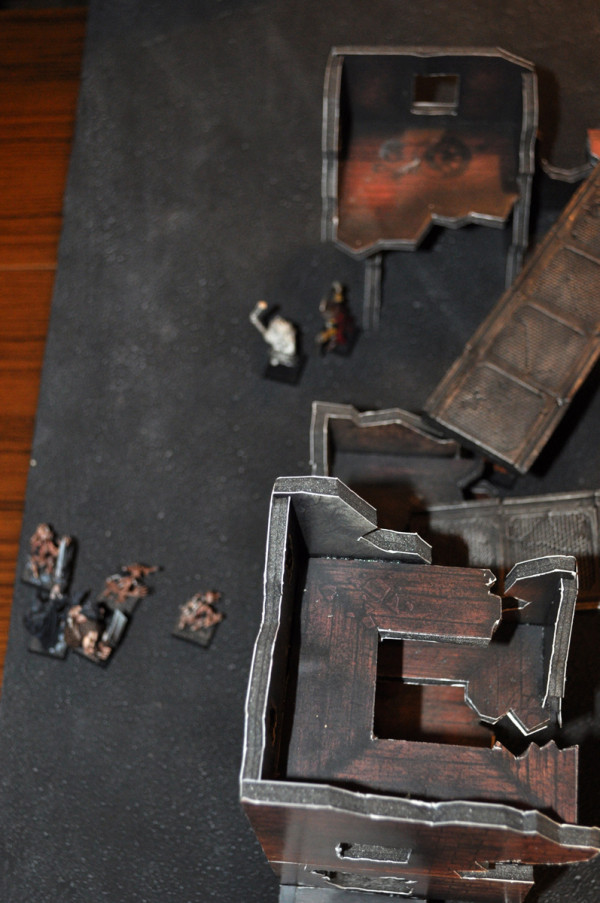 It’s good to have strength in numbers. My ghouls are S4 and this can be very deadly to any enemy. My warband is painted after this battle. Now, I’m going to glue some more Mordheim terrain. Also I’ll make new warband the possessed of Tzeentch basing on regular possessed warband rules.