Ragathol is a Nepharite of Algeroth, meaning that he is low in the standing of Algeroth’s commanders, and he is without a Citadel of his own – something that he plans to rectify immediately. His ambitions to became a Nepharite Warlord and usurp Golgotha have lead Ragathol to secretly deal with Muawijhe, the Apostle of Insanity. These dealings have increased Ragathol’s power, both in victories and in use of the Dark Symmetry, but have put his life in jeopardy as Algeroth’s displeasure is seldom survived.

Ragathol stands a good 9 feet tail with a dense, muscular body that he does not cover with armor, since he has gained the ability to repair himself almost instantly from wounds. In battle, Ragathol tends to rush forward, charging into the enemy lines where he causes havoc with his Dark

Gifts and his mystical weapon, the Blade of Lost Souls. What Ragathol lacks in cunning, he make up in bloodshed, which serves Algeroth’s will just as well.

This minis just like Alakhai is waiting for his 40mm base. 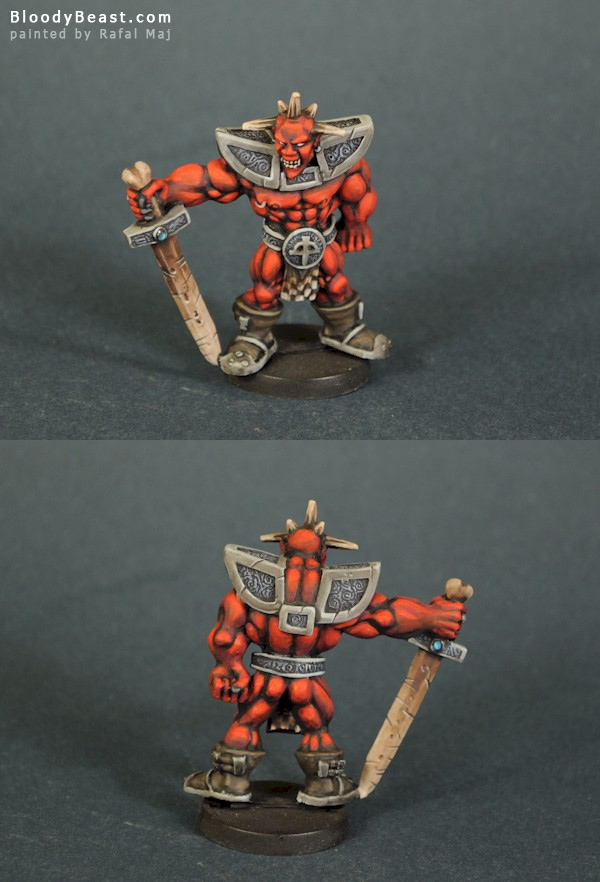