A creation of Algeroth’s twisted science, the Necrotyrant is what remains from a human who goes through the Distortion Chamber’s transformation process and emerges somewhat flawed, without any memory of his past or any human emotion whatsoever. Part of the reason for this alien detachment is the fact that the transformation has disintegrated the nervous system of their bodies. As a result they do not feel pain, ever. Bauhaus tank commander’s report seeing Necrotyrants crushed under their treads still clawing at the vehicle in an effort to pull themselves free.

As befits a slave of Algeroth, they are killers pure and simple, able to storm enemy outposts in endless waves of malice and personal disregard. Numerous battle reports reveal the Necrotyrant is possessed of a rudimentary intelligence though they lack any scruples or conscience. It is not uncommon for a Necrotyrant to destroy his fellow soldiers who may be in the way while attempting to slay his enemy.

This unit is still in progress. I’m planning to have line 10 of those guys. Of course their bases still need to be done. 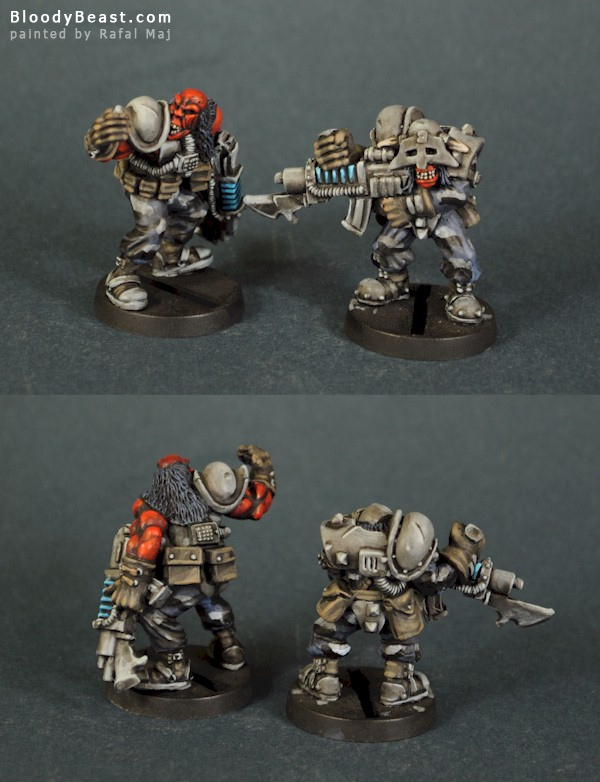