Dwarfs are now ready for undercoating! Because there will be a lot of metal areas I’ll prime it black. But first, take a look what I’ve done to them with Green Stuff. 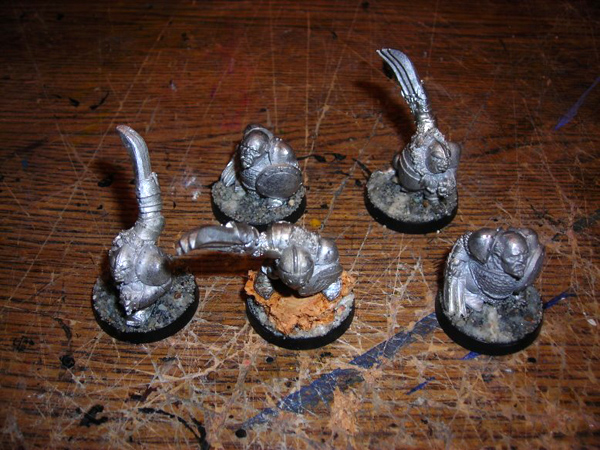 Axemen! This unit is perfect, not much to do here. One mini had broken axe so I fixed it with Green Stuff. Axe Leader is also on cork. 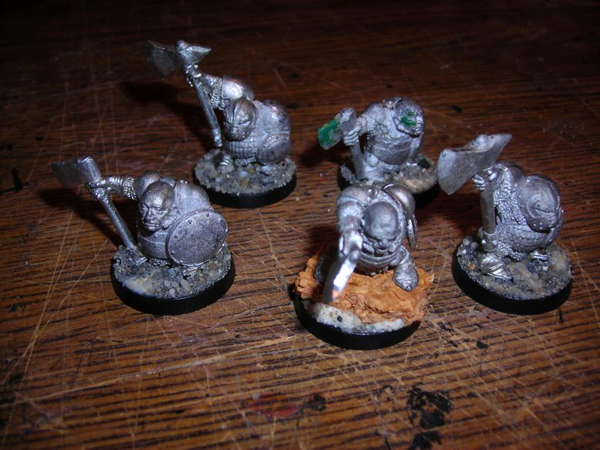 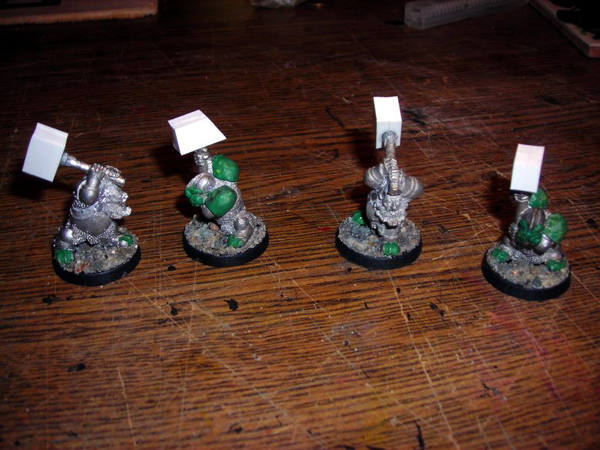 So we have all those units ready. Here how they look in one pic. 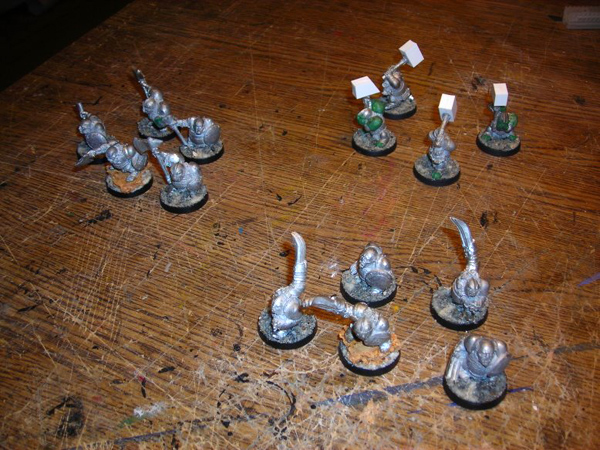 And now it would be good to make some heroes. Those would be standard and Mauler – the guy with pair of claws. 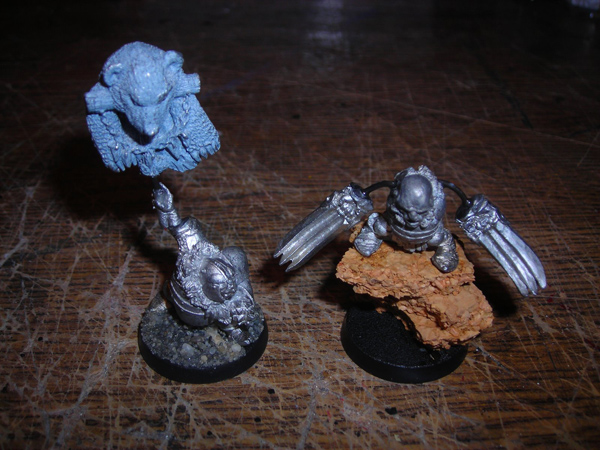 I decided to make a Standard Bearer for that Legion unit. Since Blood Bones are strongly connected to Bears it would be a Bear Standard. This piece comes with some Bearmen of Urslo from Warhammer Fantasy Battles Dogs of War unit. I need to make a staff for standard so the clawsmen can hold it. 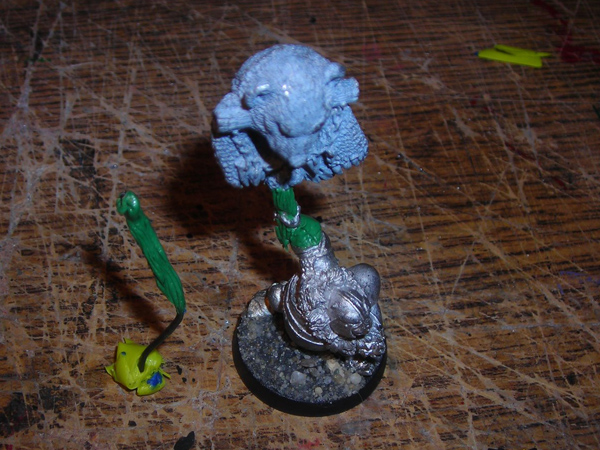 And now let’s move to the Mauler. I’ve joined his claws to the body with some wire. Now it’s time to put some green stuff to make his arms. He would have Shoulder pads like every other dwarf, so lets start with this one. Just form a small ball of GS and than attach it to the wire and shape it like in the pictures. 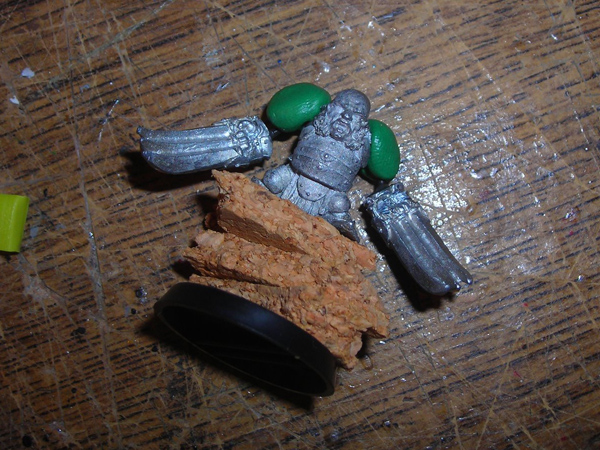 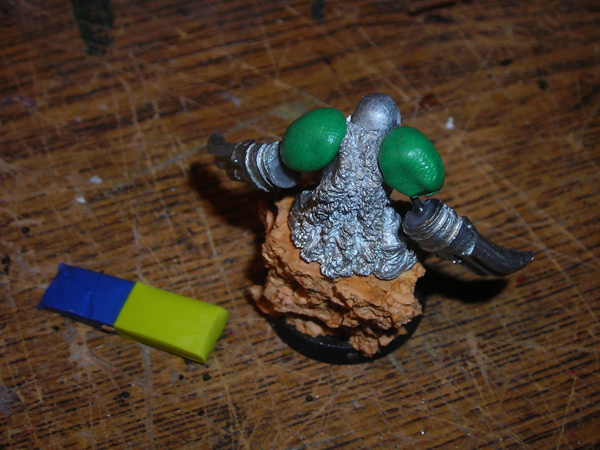 Now we Just need to add some greenstuff between his claw fists and Shoulder pads. And with a thin tool make small holes around it so it looks like a chainmail. Shoulders needs to be smoothed. That’s it! The model will be ready when GS would harden. 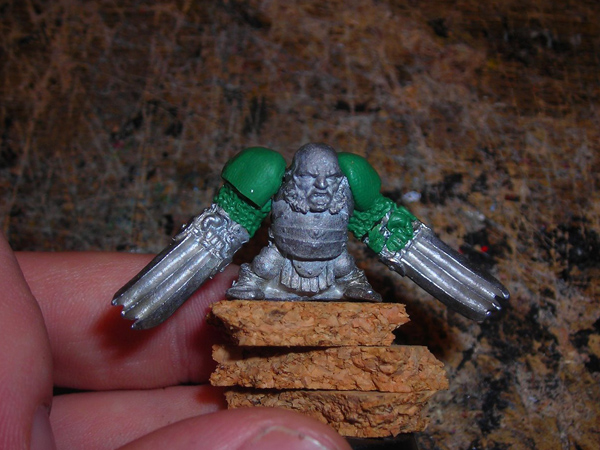 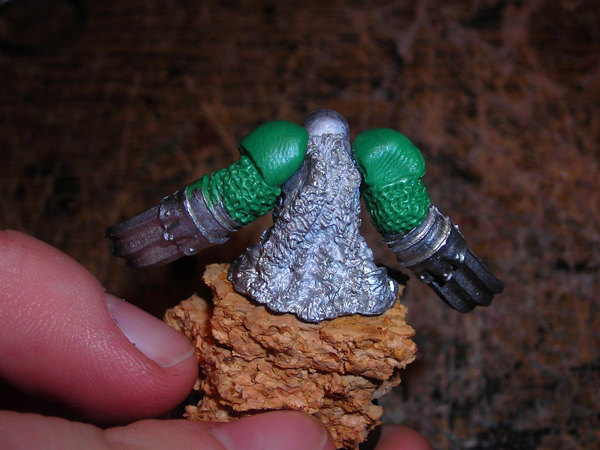